What is Lumpy Skin Disease that has killed over 50,000 cattle across India?


Lumpy Skin Disease is a viral outbreak that targets cattle and has governments across India on edge. 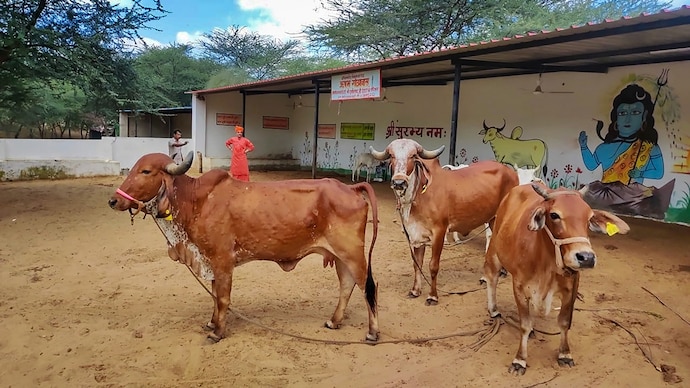 By India Today Web Desk: With several states of the country facing a major outbreak affecting cattle, the Punjab government has urged the Centre to include the Lumpy Skin Disease (LSD) in the National Animal Disease Control Programme. The viral outbreak has so far killed over 57,000 cattle across India.

Punjab is the second state after Himachal to ask the Centre to take action on the deadly infection. The Himachal Pradesh government had urged the Centre to declare Lumpy Skin Disease an epidemic.

So, what is this deadly infection, which has governments from Jharkhand to Gujarat to Maharashtra on edge?

WHAT IS LUMPY SKIN DISEASE?

Lumpy Skin Disease is a viral outbreak that targets cattle and is transmitted by blood-feeding insects like mosquitoes, flies, lice and wasps by direct contact and also through contaminated food and water. The disease is characterised by the development of nodules in the skin, which may cover the whole of the animal’s body, and lesions are often found in the mouth and upper respiratory tract. 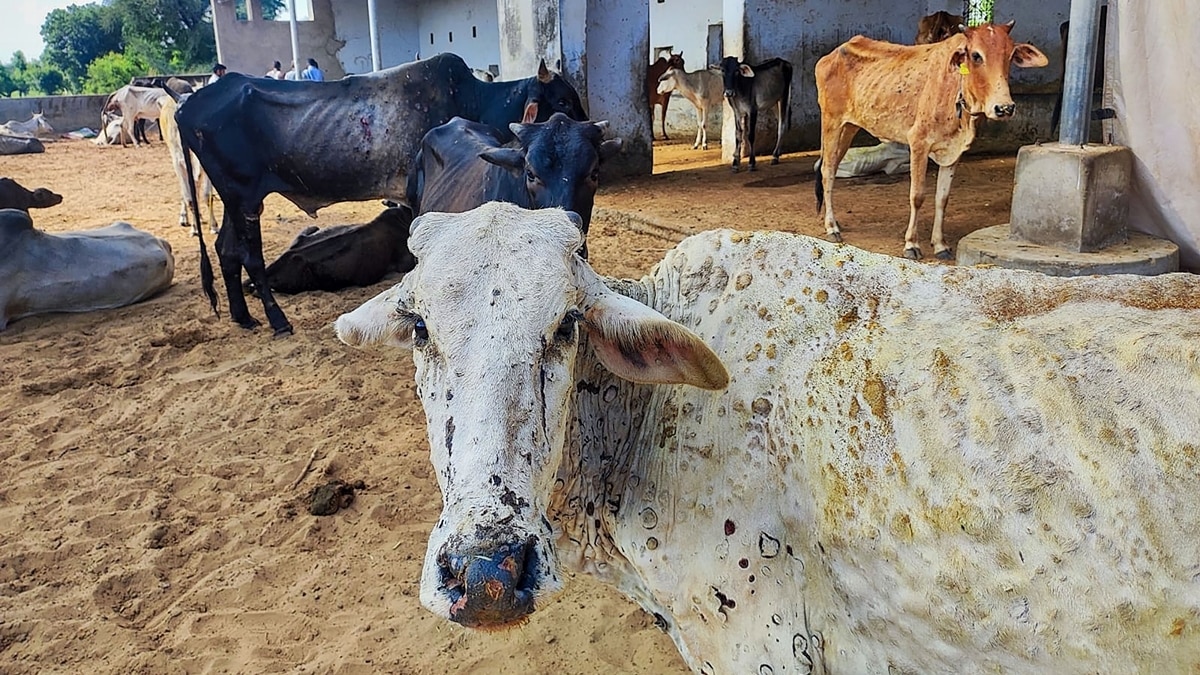 The disease is caused by a virus in the family Poxviridae, genus Capripoxvirus which affects cattle. “Agro-climates, communal grazing, biting-fly, and introduction of new animals are associated with the occurrence of lumpy skin disease,” a paper in Science Direct states.

According to the National Library of Medicine at the National Centre for Biotechnology Information, the systemic effects include pyrexia, anorexia, dysgalactia and pneumonia, which leaves the animal with severe emaciation, loss of production for several months, infertility, and in extreme cases, death.

The first case of the Lumpy Skin Disease was reported in April in Gujarat’s Kutch region and since then the outbreak has spread, through India including in the states of Himachal Pradesh, Maharashtra, Jharkhand, Jammu and Kashmir, Uttar Pradesh, and Punjab, among others. Delhi has over 200 cases of the infection and most cases have been detected in the southwest Delhi districts — Goyla dairy area, Rewla Khanpur area, Ghumanhera and Najafgarh.

Maharashtra Chief Minister Eknath Shinde has asked state Animal Husbandry department officials to be alert and take steps to curb the spread of lumpy skin disease among cattle. The Nanded district administration in Maharashtra has banned the holding of cattle markets and ordered that animals infected by the lumpy skin disease cannot be brought into regular markets. The authorities said that attle coming into the Nanded district will be screened at the borders of the district.

Milk collection across Rajasthan is estimated to have been reduced by 3 to 4 lakh litres per day after the onset of lumpy skin disease. According to Rajasthan Cooperative Dairy Federation (RCDF), in the month of June, about 20 lakh litre per day of milk was being collected at collection centers. 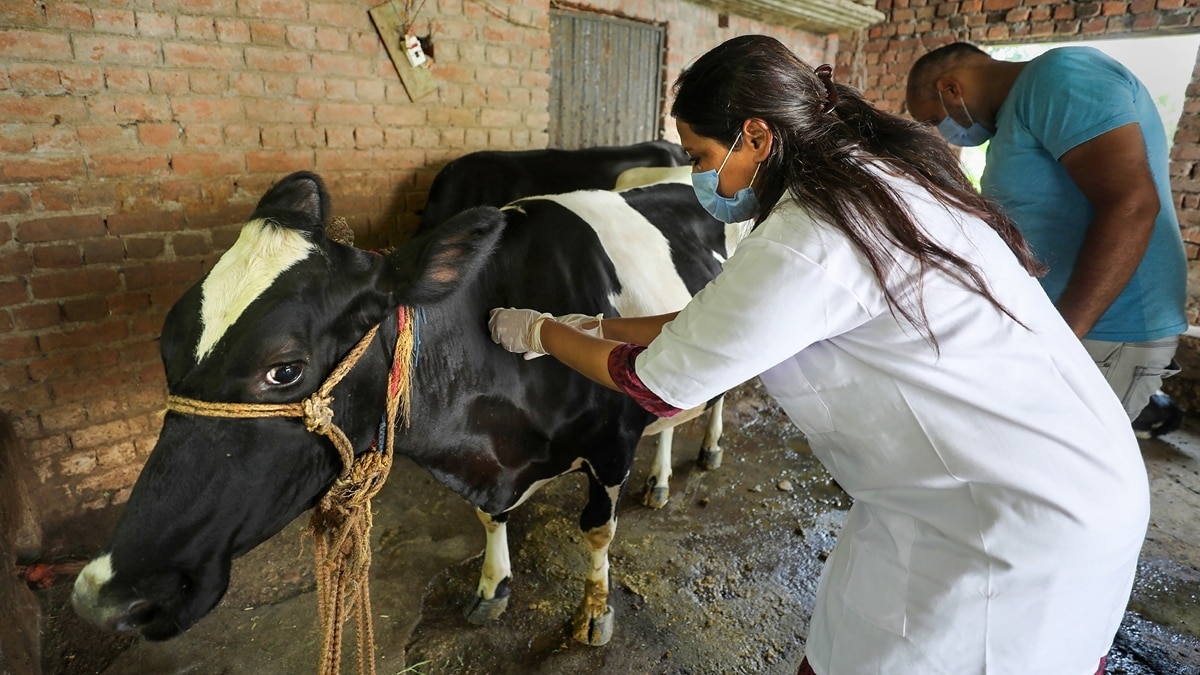 Veterinary doctors vaccinate a cow against lumpy skin disease at a village on the outskirts of Jammu. (PTI Photo)

The situation is no different in Jharkhand, where cases are on the rise.

IS THERE A VACCINE FOR LUMPY SKIN DISEASE?

Yes, there is a vaccine against viral infection.

So far, Sheepox virus (SPV) and goat pox virus (GPV) -based vaccines were being used to counter the disease. But now, Indian scientists have also developed an indigenous vaccine against LSD. The ICAR-National Research Centre on Equines (ICAR-NRCE) in collaboration with ICAR-Indian Veterinary Research Institute (IVRI) has developed a vaccine against Lumpy Skin Disease. Lumpi-ProVacInd

Prime Minister Narendra Modi, addressing the issue of the viral outbreak among animals said, “We are committed to 100 per cent vaccination of livestock by 2025, for foot and mouth disease. Our scientists have also prepared an indigenous vaccine for Lumpy Skin Disease.” 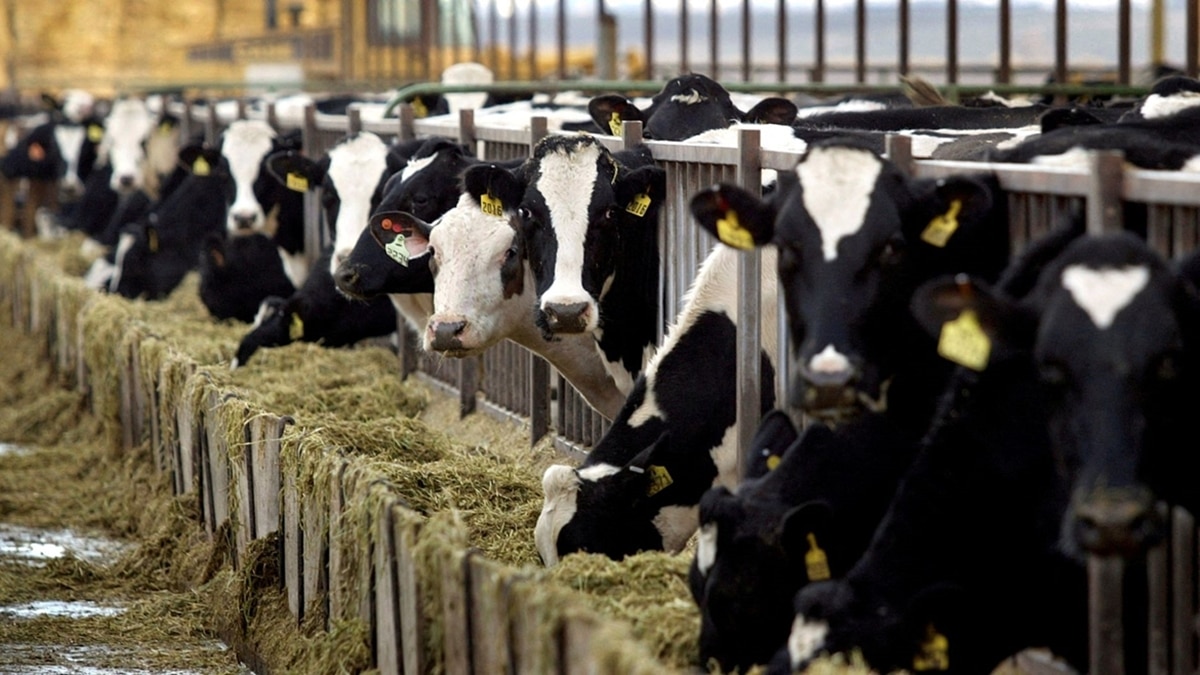 The disease is marked by loss of production for several months, infertility. (Representative Image)

The Delhi government has said that it will purchase 60,000 doses of goat pox vaccine to inoculate healthy cattle in the capital.

CAN THE VIRAL OUTBREAK JUMP TO HUMANS?

As of now, there is no evidence of a zoonotic spread of the virus.

Zoonosis is a process in which a virus jumps from an animal and on to humans. The Covid-19 outbreak is largely due to zoonosis.

However, there is no evidence to support humans can be infected by Lumpy Skin Disease.

(With inputs from PTI)