In a recent study published in the journal HIV Medicine, German researchers evaluated the clinical characteristics of Monkeypox virus (MPXV) infections in people with and without human immunodeficiency virus (HIV) infection. 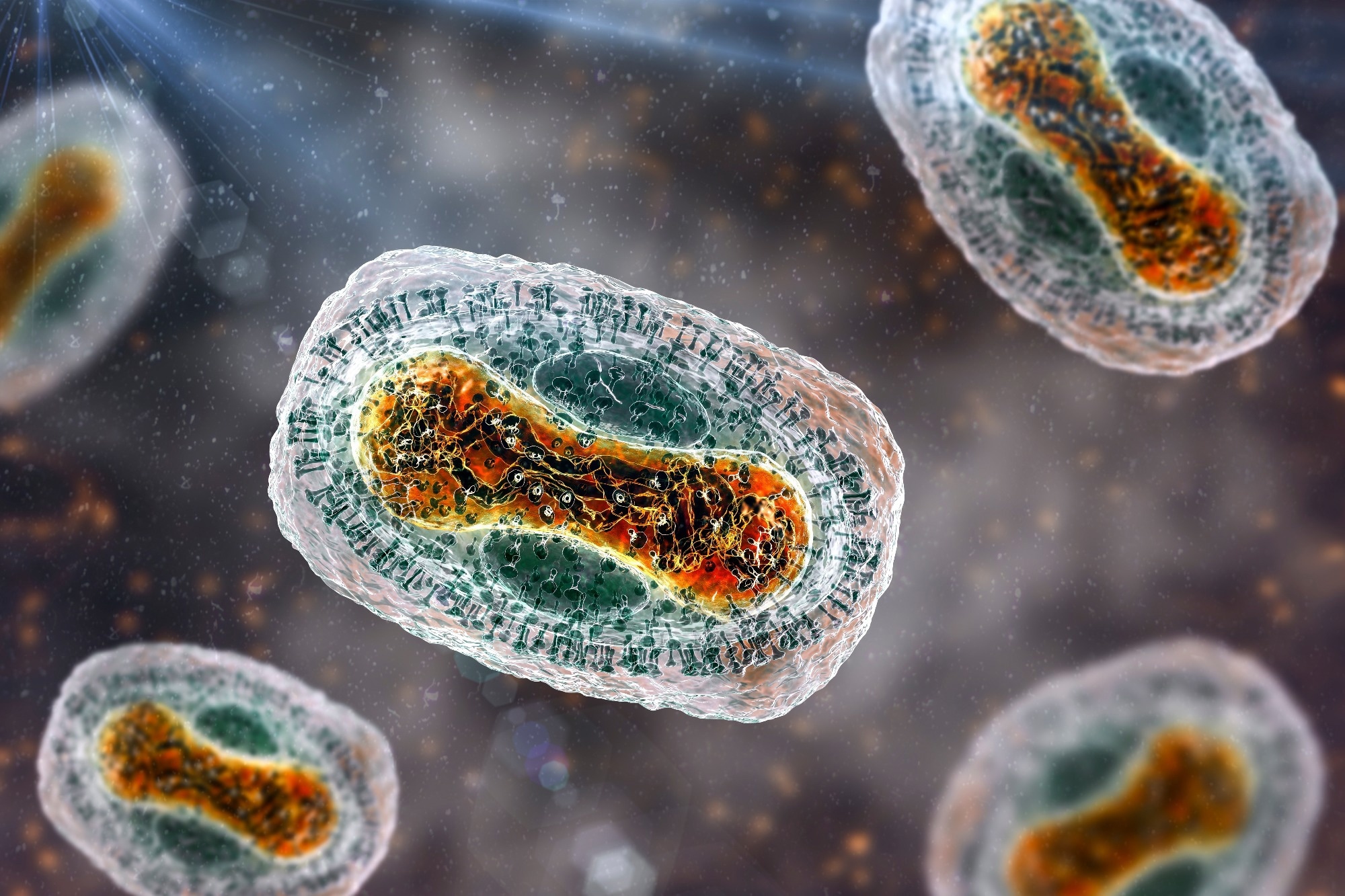 The 2017–2018 Nigerian MPXV outbreak had a 6% case fatality rate. Four of the seven patients who died during this outbreak had acquired immunodeficiency syndrome (AIDS) or HIV infection. Accordingly, several studies, mainly from Africa, raised concerns that HIV-infected individuals are at an increased risk of contracting MPXV infection.

In the 2022 MPXV outbreak, the case numbers surged across Europe and North America. For example, in Germany, 338 confirmed MPXV cases were reported to the Robert Koch Institute by 17 June 2022. Within a week, the cases almost doubled, making Germany one of the most MPXV-affected countries in the world. Despite this, the researchers are uncertain about the factors that threaten a severe MPXV infection. In addition, the reason for the current outbreak, a surge in case numbers, and the MPXV transmission kinetics remains unclear.

The present study explored the possible association between HIV and MPXV infections. Therefore, the German AIDS society and the German association of outpatient physicians for infectious diseases and HIV medicine asked all German healthcare centers to participate in the current study. Further, they asked them to retrospectively document all confirmed cases of MPXV between 19 May 2022 and 30 June 2022.

All the participating care centers used an anonymized questionnaire to gather study data. This data included patient demographics, comorbidities, including HIV infection, current use of HIV pre-exposure prophylaxis (PrEP), previous or current viral hepatitis B and C, and sexually transmitted infections (STIs) in the past six months.

The researchers evaluated the date of a confirmed diagnosis of MPXV infection and symptom onset, probable country of contracting MPXV infection, disease severity, location and number of lesions, previous smallpox vaccinations, and general symptoms, such as fever, night sweats, lymph node swelling, specific therapies and the reason for hospitalization, if any.

The study observation period was short, with a median of three days since MPXV diagnosis. Also, the mean duration between symptom onset and MPXV diagnosis was four days. A total of 298 patients were followed up for at least seven days since symptom onset. Furthermore, the researchers performed all diagnostic procedures,  including  MPXV polymerase chain reaction (PCR), in the local German laboratories of the participating centers or some other laboratory of the German national Robert Koch Institute in Berlin.

This large retrospective study evaluated data of 546 PCR-confirmed MPXV cases from 42 participating healthcare centers. The study data covered nearly 50% of all 2022 MPXV cases reported in Germany. German cities worst hit by MPXV were Berlin, Cologne, and Hamburg, with most cases among men having sex with men (MSM) either living with HIV or taking PrEP. The authors noted a total hospitalization rate of around 4%, with no significant difference observed in MSM with or without HIV. Most cases were predominantly mild to moderate, with no fatalities.

Intriguingly, HIV-infected individuals identified in this study had good immunity, lower viral loads (less than 200 copies/ml), and seemed healthy despite contracting MPXV infection. In addition, studies have reported that children and pregnant women may be at increased risk of catching MPXV infection. However, it seems that these populations are yet to present in the current outbreak.

Nearly 2/3 of MPXV patients were diagnosed with at least one STI within the past six months, and 1/3 within one month or at the same time. This finding is crucial and suggests that an acutely diagnosed MPXV or STI should prompt the diagnostic test for the other condition. Also, 32.4% of all patients and 38.9% of PrEP users had gonorrhea during the last six months. Notably, STI rates were lower in MSM without HIV or PrEP, with 47.6% of all patients having had no STI in the past six months. Two other cohort studies from Madrid and London found equally high STI rates among MSM with MPXV infections.

Smallpox vaccination provides some protection against MPXV. Thus, vaccinated individuals in the study cohort had a relatively milder clinical course of MPXV. However, only four of the 22 patients hospitalized for severe MPXV infection (18.2%) had received a smallpox vaccination.

All 546 study participants with MPXV in the current study were MSM with or without HIV. The authors observed no clinical differences in MPXV infections between MSM with or without HIV. Since most participating centers focused on HIV infection and PrEP, other affected groups were likely either not diagnosed or diagnosed in centers that did not participate in this study. Furthermore, most cases were mild. However, based on current outbreak kinetics, the study findings suggested that MPXV is emerging as a new and serious STI.

Therefore, sexually active MSM, having skin lesions, especially with anogenital localization and a history of other STIs, should promptly get tested for MPXV. In addition, education and awareness campaigns should urgently address this issue among MSMs, and all population subsets at high risk of contracting MPXV infection.

Contact: Kent Donahue Kent.Donahue@flhealth.gov407-858-1418  ORLANDO, FL – To keep the community informed on the Florida Department of Health in Orange County’s...

Sacramento’s monkeypox outbreak has been resolved, a health spokesperson said Monday, after the county reported no new cases among residents...

In a recent study posted to the bioRxiv* server, researchers developed a messenger ribonucleic acid (mRNA) technology-based vaccine candidate against...

In 2022, amid the COVID-19 pandemic, monkeypox re-emerged globally as a new and additional infectious threat for countries outside Africa,...