As the coronavirus disease 2019 (COVID-19) transitions to endemic disease, the widespread transmission of the monkeypox virus has become a new threat to public health.

Previously, the monkeypox virus was primarily detected in endemic countries of west and central Africa. However, in April of this year, the virus suddenly began to spread rapidly, primarily among men who have sex with men (MSM), with a few cases occurring in other contacts.

A new IJD Regions study presents what is known regarding the neurological presentations and complications of monkeypox infection. Monkeypox is a deoxyribonucleic acid (DNA) virus of the Orthopoxvirus genus, which also contains the smallpox virus. 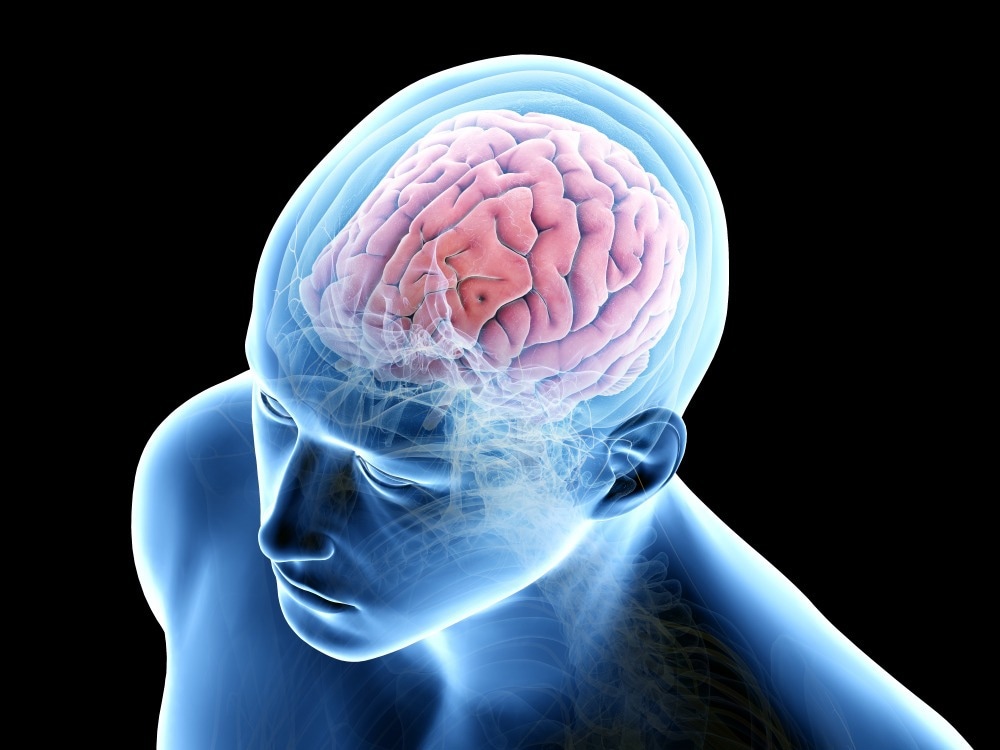 Like smallpox, monkeypox is mainly a disease of the skin. However, unlike smallpox, which has a 30-40% mortality rate, monkeypox infection appears to resolve spontaneously within three to four weeks of symptom onset in almost all patients. The current outbreak is caused by a less virulent monkeypox strain; however, it continues to spread rapidly.

Transmission of this monkeypox strain appears to be through intimate skin-to-skin contact between a person with active infection and an uninfected individual. The pathogen appears to spread following contact with fluids in the skin lesions or other contaminated surfaces.

Focal skin lesions are the most common presentation. In some patients, mainly children, and immunosuppressed patients, complications of monkeypox infection may occur. In the current outbreak, lesions have appeared on the face, limbs, and torso, as well as on and around the anogenital region and mouth.

The current study reviews the pathophysiology and outlook for neuroinflammatory disorders associated with monkeypox infection.

Encephalitis, or brain inflammation, is monkeypox infection’s most serious neurological complication. Encephalitis may be due to either direct viral invasion and damage of the central nervous system (CNS) or secondary to immune-mediated inflammation of the brain.

Early recognition of this complication, which can be detected with magnetic resonance imaging (MRI) and cerebrospinal fluid (CSF) examination for definitive diagnosis of the underlying pathology, is key to limiting damage.

The CSF in viral encephalitis exhibits an increase in cell variety, mainly mononuclear cells at 10–200 cells/µl; however, normal cell counts of less than 5 cells/µl may also be present.

Neutrophils may also be higher than expected in the early phase of the disease. Protein concentrations are also high; however, they are usually below 100 mg/dL. Glucose and lactate levels within the CSF typically remain normal.

Due to the lack of specific diagnostic arrays or treatments of encephalitis in monkeypox infection, mortality is likely to be significant, with the risk of permanent neurologic and cognitive sequelae also high. It is worth noting that up to 70% of encephalitis is of an unknown origin, despite wide-ranging tests.

The presence of specific monkeypox immunoglobulin M (IgM) in serum or CSF is also a useful diagnostic tool, as it is evidence of antibodies of intrathecal origin. This is particularly helpful in diagnosing this type of encephalitis during later stages of the disease when PCR is often negative.

Earlier monkeypox outbreaks have often involved children, some of whom have developed encephalitis.

Smallpox disease and vaccination have also been associated with encephalitis, with vaccination being immune-mediated acute disseminated encephalomyelitis (ADEM). This autoimmune condition is characterized by diffuse inflammation and demyelination of the CNS and presents with encephalopathy and multifocal neurological deficits.

The World Health Organization (WHO) has declared several patient groups to be at an increased risk of severe disease with monkeypox. These include children younger than eight years of age, immunosuppressed patients due to cancer chemotherapy or other immunosuppressive drugs, post-organ transplant, or innate disease, patients with skin disease that allows easy viral entry, pregnant and lactating women, and those with other underlying diseases.

Mortality among monkeypox patients is relatively low and within the range of 1-10%. The current outbreak has reportedly caused 12 fatalities; however, earlier outbreaks caused deaths mostly among children who had not been vaccinated against smallpox.

The monkeypox virus appears to have undergone several mutations over the past few years. These mutations have allowed the virus to adapt to the human host and acquire tropisms to new organs, including the CNS, which could increase its pathogenicity in humans. Careful surveillance is thus essential to monitor the evolution of the virus in humans.

If the monkeypox virus continues to spread in low-resource settings that lack vaccines and antivirals to prevent or treat the disease, there could a significant rise in severe cases in the future. Ring vaccination has been initiated in several developed countries, some of which include the United Kingdom, United States, and Canada, to arrest the further spread of the virus.

The MSM community accounts for 95% or more of all infected individuals globally in the current outbreak. Therefore, this population must take appropriate precautions to mitigate the further spread of the monkeypox virus to limit its transmission to the general population. These efforts should include educating the MSM community on the mode of transmission and containment measures, as well as encouraging them to do their part in preventing further transmission once the infection is detected.

Meanwhile, imaging, serology, and PCR remain the best approaches to diagnose the neurologic presentations or complications of monkeypox.

These early measures would avoid delaying diagnosis and unnecessary antimicrobial treatment, disabling neurological sequelae, and compromising the individual’s quality of life, in addition to allowing a better characterization of the neurological manifestations of monkeypox virus infection.”

Contact: Kent Donahue Kent.Donahue@flhealth.gov407-858-1418  ORLANDO, FL – To keep the community informed on the Florida Department of Health in Orange County’s...

Sacramento’s monkeypox outbreak has been resolved, a health spokesperson said Monday, after the county reported no new cases among residents...

In a recent study posted to the bioRxiv* server, researchers developed a messenger ribonucleic acid (mRNA) technology-based vaccine candidate against...

In 2022, amid the COVID-19 pandemic, monkeypox re-emerged globally as a new and additional infectious threat for countries outside Africa,...