The number of cases of monkeypox in Kentucky, while still small, continues to rise, according to the latest weekly report from the Department for Public Health released Thursday.

The latest count of confirmed cases stands at 42 statewide, compared to 34 which were reported last week. 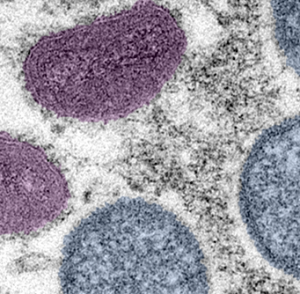 Twenty-six cases have been in Jefferson County. Four have been reported in both Fayette and Warren counties, two in Christian County, and one each in Barren, Hardin, Kenton, McCracken, Montgomery, and Oldham counties, according to DPH.

The victims’ ages range from 21 to 60, with the largest group,11, among those ages 31-35.  41 cases have involved males, with 20 of them Black, 18 White and four listed as “Other.” By ethnicity, 5 cases involve those who identify as Hispanic or Latino, 29 are Non-Hispanic or Latino, and the other eight are categorized as Unknown.

Monkeypox typically begins with a fever, headache, muscle aches, swollen lymph nodes and exhaustion followed by a rash.  The illness usually lasts 2-4 weeks and infected persons are considered contagious while symptoms are present. Those concerned about monkeypox should contact their health care providers.

Additional information on monkeypox can be found at nkyhealth.org/monkeypox and by calling the Kentucky Monkeypox Hotline at 844.520.6670. Contact your medical provider if you have concerns or questions about monkeypox.

The NKY Health Department has the vaccine and provides priority to high risk individuals.

According to the federal Centers for Disease Control and Prevention, there have been 29,248 confirmed cases and 14 deaths from...

The Future of Monkeypox – The Atlantic

The World Health Organization has recommended a new name for monkeypox, asking countries to forget the original term in favor...

Health News Roundup: WHO to use ‘mpox’ for monkeypox to fight stigma; China tightens security after rare protests against COVID curbs and more

Following is a summary of current health news briefs. WHO to use 'mpox' for monkeypox to fight stigma The World...