Ireland’s response to the monkeypox outbreak went “quite well”, a spokesman for HIV Ireland has said.

The disease – which was last week renamed ‘mpox’ by the WHO – is usually found in Central and West Africa but in recent months the number of cases in western countries surged.

Symptoms of the disease include a rash, a headache, a high temperature and exhaustion; patients were also overwhelmingly members of the LGBT community – a reality that left many members of the community “terrified”.

“I was really, really shocked [because] it brought the exact same feeling when the Government announced the first lockdown for the pandemic,” John told Newstalk reporter Henry McKean.

“It was the fear, the anxiety and it came right back straight away.”

Once again, meeting friends and family became a ritual mixed with fear because of the worry of cross-contamination and the focus shifted onto how people could protect themselves. 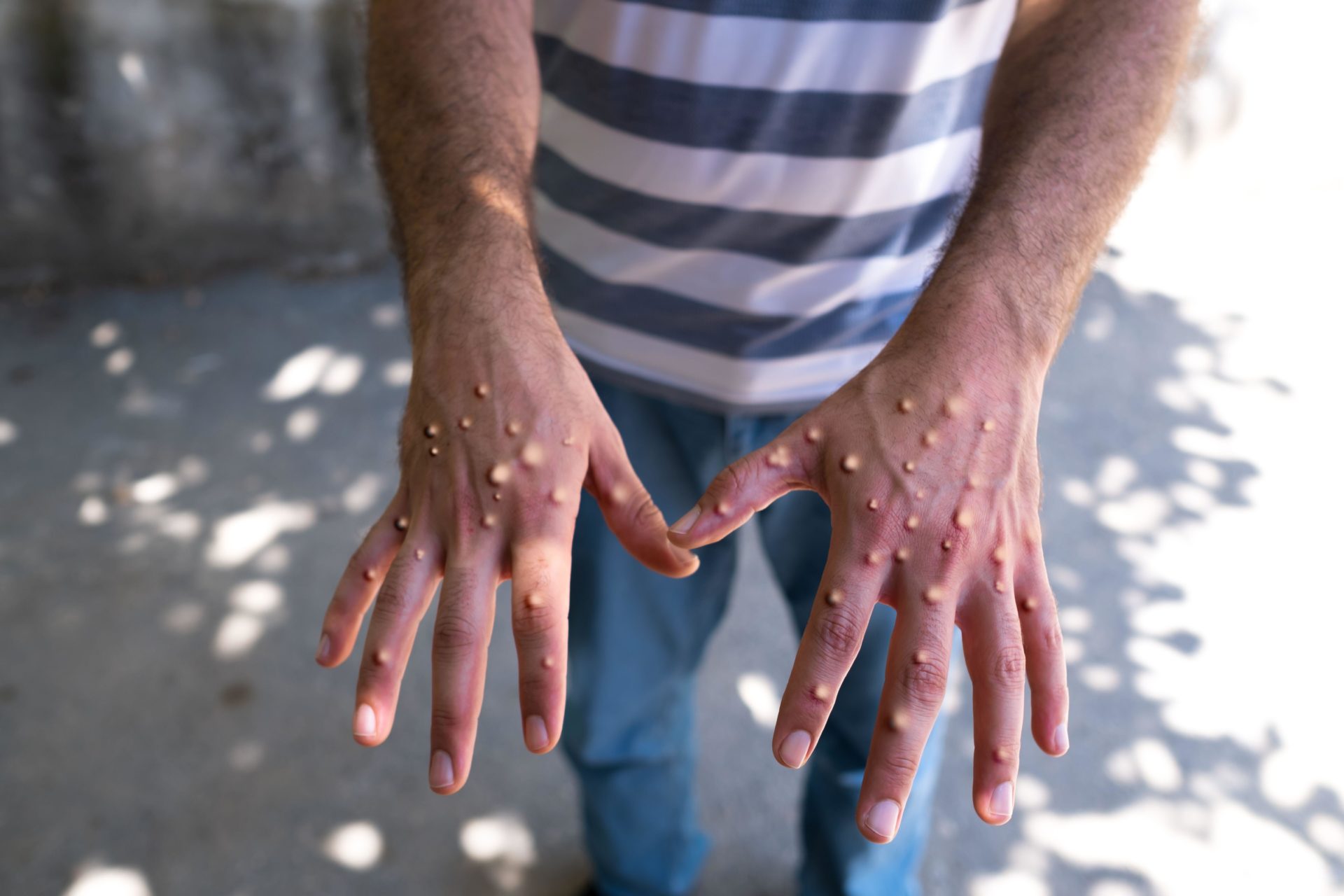 2JFY8XD hands affected by smallpox. Man with blisters on his hands from monkeypox.

“We mobilised this community… before the first cases of mpox were identified in Ireland,” Adam Shanley, MPower Programme Manager of HIV Ireland, explained.

“We had awareness campaigns, we were in our bars and clubs with volunteers doing outreach and basically creating an understanding of what this is, the symptoms of it and when and where to go get tested.”

Vaccination appointments opened to the wider population in October and the HSE advises gay men and transgender people who have sex with men to book one.

Since the outbreak of the disease, some 200 people in Ireland have been diagnosed with the disease but most patients have only reported mild symptoms.

“Any case is not good but when we look at slightly over 200 cases in Ireland and we look towards the likes of the UK, Portugal, Spain, who’ve had thousands of cases, I think in terms of our response, we’ve done quite well.”

The biggest issue has been the Government’s sluggish procurement of the vaccine in comparison to other countries.

“That’s something that needs to be reviewed,” John said.

“But we do have it now and there’s really strong demand.”

Pharmacists should consider 2 critical safety issues when treating or vaccinating patients for monkeypox.First, it is vital to understand that...