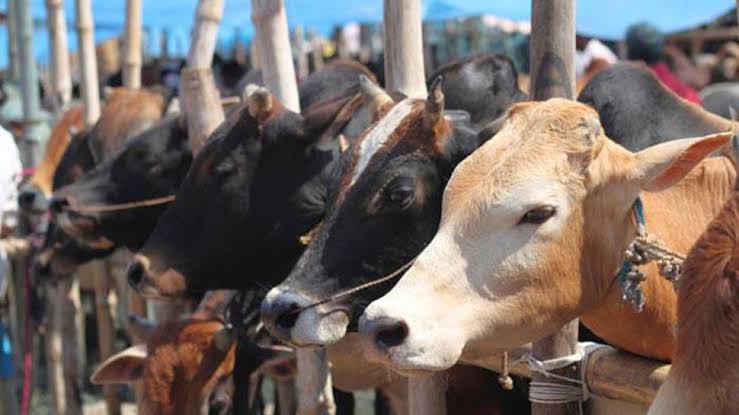 Srinagar: The Jammu and Kashmir government has ordered a ban on the inter-district and intra-district movement of cattle by involving law enforcement agencies as a measure to prevent the spread of disease to new epicenters.

The step has been taken after a steep surge has been seen in the Lumpy Skin Disease (LSD) among cattle, said the government in its order issued by Secretary to the Government General Administration Department, Dr Piyush Singla.

To contain the disease, the government, as per the order, has constituted District Level Monitoring Committees and have roped in Municipal, Panchayat and Local level bodies for the implementation of vector control program with application of insecticides and fly repellents in and around cattle farms by involving municipalities, panchayats and local bodies, reads an order issued by General Administration Department.

The Committee(s) shall ensure that all susceptible animals are vaccinated against Lumpy Skin Disease and sufficient quantity of vaccines, drugs and fly repellents are available in each district for treating the sick animals and preventing the further spread of lumpy skin disease, the order reads.

Furthermore, the animals which die due to lumpy skin disease should be buried deep in the ground with application of lime. “All bio security measures as circulated in the advisories issued by the Department of Animal Husbandry and Dairying, GoI and Agriculture Production Department, Government of Jammu and Kashmir, from time to time,” further reads the order.

Where on Earth are NZ’s monkeypox vaccines?