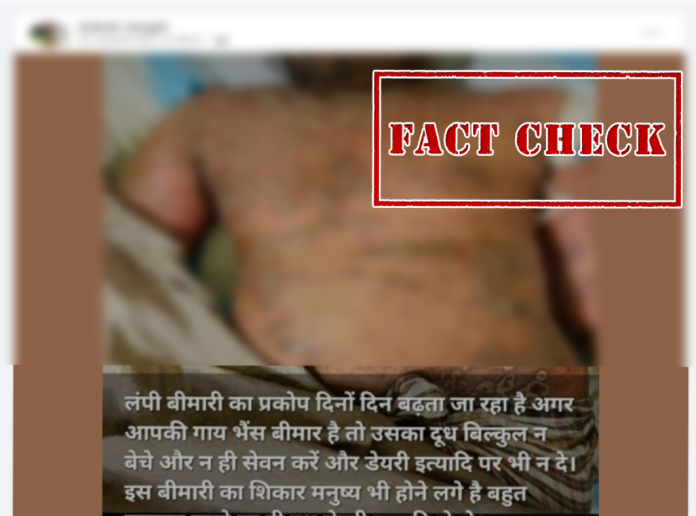 In the above context, an image of a man with a skin disease has gone viral on social media with a claim that he is suffering from lumpy skin disease virus. The caption asks people to stop consuming dairy products as they are causing lumpy virus in humans too. 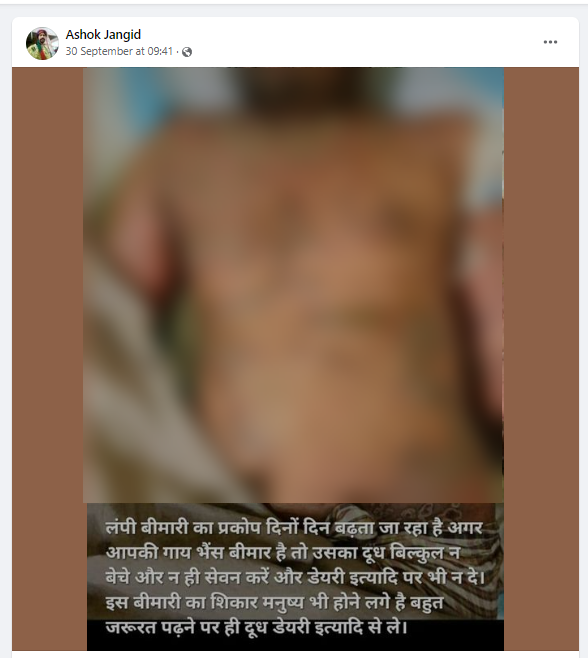 The link to the post can be seen here.

NewsMobile did a fact-check and found the claim to be fake.

On doing a Google Reverse Image Search, we found the same video was uploaded by a website named Lasilla Rota on July 22, 2022, with a report that read, “A confirmed monkeypox patient in Spain narrates how he contracted the disease.” 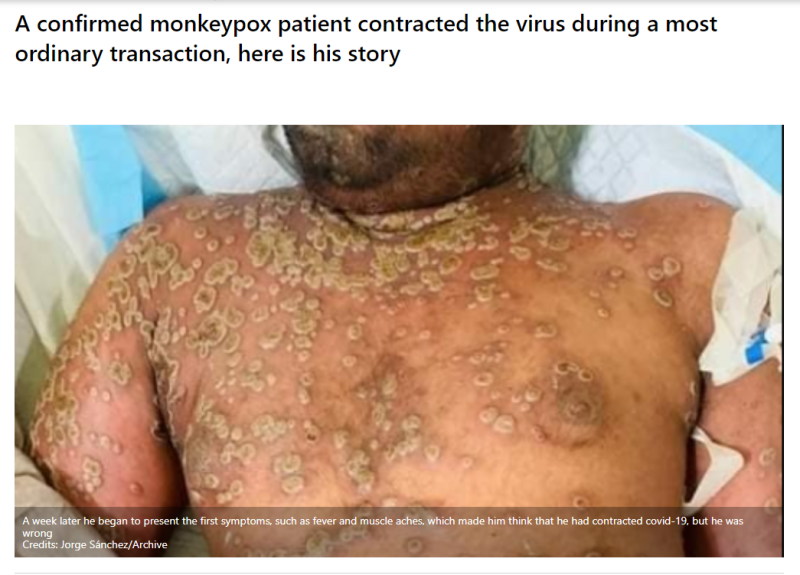 Another website, Elquintanaroo, also published the same image and reported that it was of a man suffering from monkeypox.

Also, we found a report published by The Hindu that said that the virus is non-zoonotic. The report reads, “It is not a zoonotic virus, meaning the disease cannot spread to humans. It is a contagious vector-borne disease spread by vectors like mosquitoes, some biting flies, and ticks and usually affects host animals like cows and water buffaloes. According to the United Nations Food and Agriculture Organisation (FAO), infected animals shed the virus through oral and nasal secretions which may contaminate common feeding and water troughs. Thus, the disease can either spread through direct contact with the vectors or through contaminated fodder and water. Studies have also shown that it can spread through animal semen during artificial insemination.”

Hence, we can ascertain that the viral claim is fake.