Chickenpox warning for Australians as contagious disease sweeps through Queensland

Chickenpox is one of few major infectious diseases spreading quickly in Australia despite Covid-19 lockdowns putting a lid on the flu.

Authorities have revealed more than 10,000 cases of the varicella-zoster virus responsible for chickenpox were reported in Queensland last year, with similar numbers reported in 2020.

The acute disease, often associated with children, typically results in an itchy, blistering skin rash and mild fever. It can be more severe for adults.

Ominously, the virus has a reproduction number as high as 13, meaning one infected person can potentially pass on the virus to more than a dozen other people. 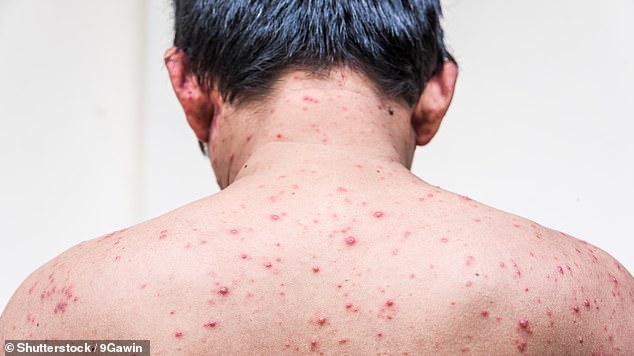 Doctors across Australia have issued a grim warning about chickenpox, which spreads quicker than Covid-19 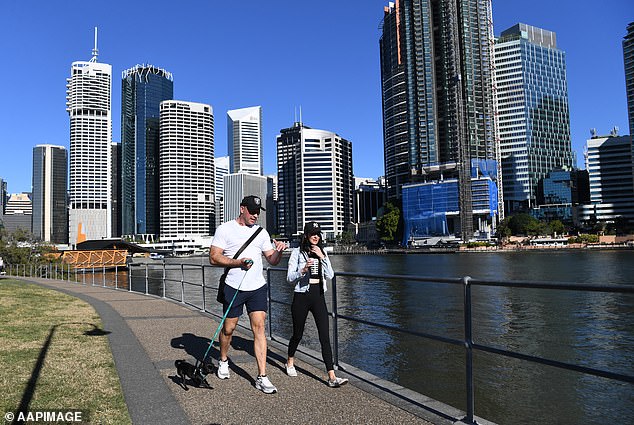 In Queensland, there are currently more than than 10,000 cases of the varicella-zoster virus, which causes chickenpox (pictured, a couple exercising in Brisbane)

Clare Walker, a GP and secretary of the Rural Doctors Association of Queensland, recommended residents check their vaccination status for chickenpox.

‘I always just recommend seeing your GP, as they can look at your history.’

In serious cases, chickenpox can result in scarring, pneumonia, brain damage and even death.

Because the virus stays in your body after it is initially contracted, it can return later in life in the form of shingles, a viral infection that causes a painful rash.

Meanwhile, in welcome news with autumn looming, current influenza numbers across Australia are said to be declining.

Mass double vaccinations – as well as booster shots – dating back the start of the pandemic in 2020 have proven to be pivotal in reducing those infected with the flu nationally.

CHICKENPOX: WHAT TO LOOK FOR

Australia: Doctors raise concern about cases of Varicella-Zoster virus; know all about it