Can monkeypox spread through contaminated food?


In a recent study published in the journal Microbial Risk Analysis, a team of researchers from France performed a qualitative risk assessment to determine the probability of transmission of monkeypox through the handling and consumption of food. 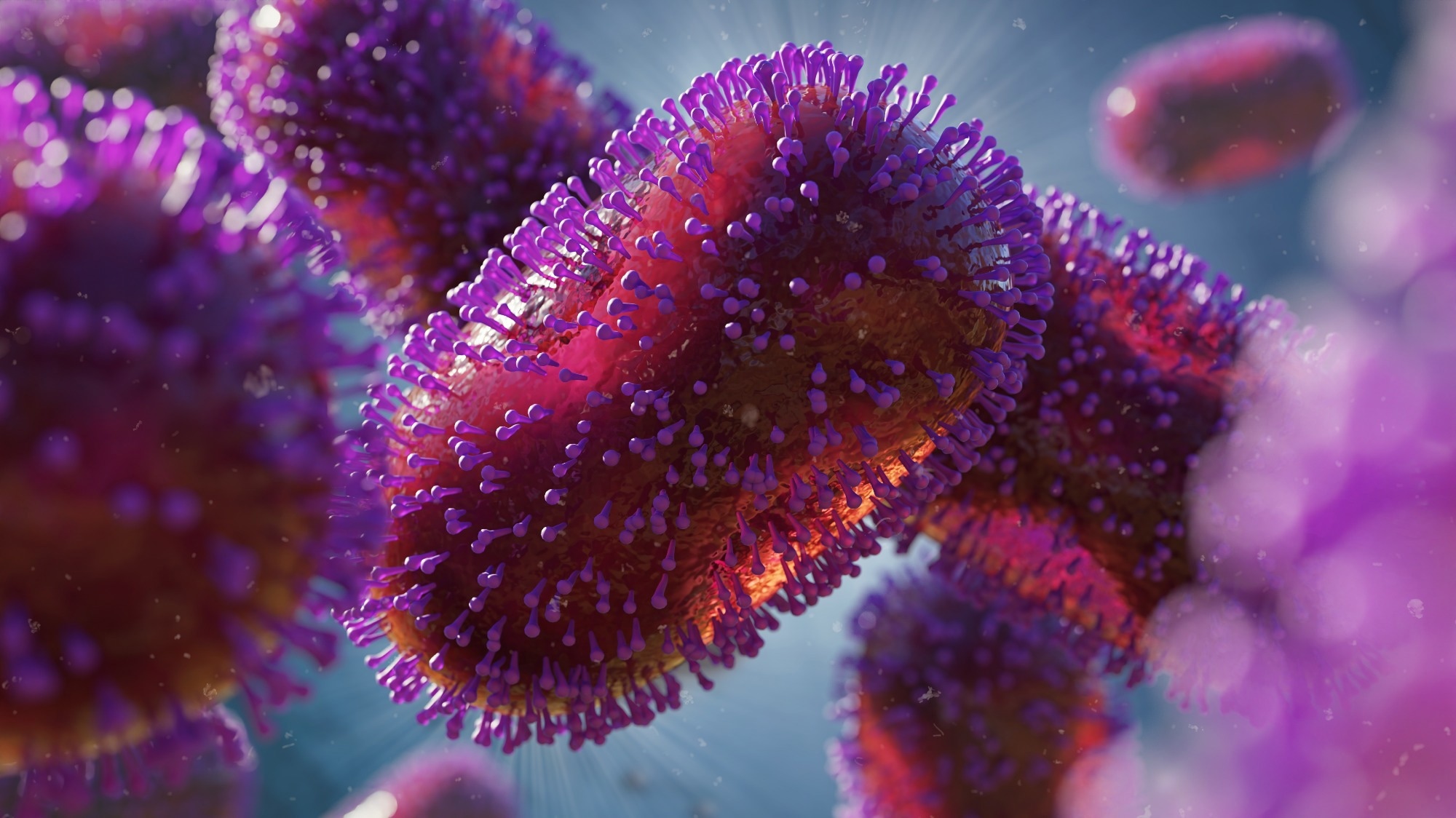 Monkeypox is a zoonotic, systemic disease caused by the monkeypox virus, which belongs to the Orthopoxvirus genus of the Poxviridae family. The disease causes rashes and lesions on the palms, soles, and face and in the mucous membranes of the mouth and anogenital regions.

Until early 2022, the disease had been endemic to west and central Africa, but as of August 2022, monkeypox cases have been reported from almost 96 countries outside of the endemic region. According to the public health agency in France, 24% of the cases in France were due to secondary contact with confirmed monkeypox cases.

While in most cases, the disease outcomes are mild and recede in two to three weeks, complications such as ocular damage and vision loss can occur with ocular lesions, and damage to the pulmonary, digestive, and nervous systems can occur in patients with comorbidities. In addition, since lesions are infectious till the skin completely heals, and droplets contaminated with fluid from the lesions can transmit the disease, it is important to investigate the probability of transmission through indirect environmental contamination such as food handling.

The bottom-up assessment analyzed the steps required for one monkeypox case to occur from monkeypox virus-contaminated food. The probability of monkeypox being transmitted through food was dependent on a chain of events that began with the contaminated raw meat or raw food being contaminated by the handler. The food would have to contain viable monkeypox virus when it reached the consumer, who would then have to be exposed to the viable virus orally or through contact for a successful exposure. Furthermore, foodborne transmission can be confirmed only if the consumer is then infected and develops symptoms.

The bottom-up approach investigated the potential for monkeypox contamination in each step of the process leading from contamination of the food to the consumer getting infected. The results suggested that given the strict regulations against bushmeat consumption and the prolonged cooking times involved, the probability of monkeypox transmission in France through bushmeat is very low. Furthermore, there was no evidence of monkeypox infection in livestock, which led to the exclusion of the possibility of contamination of meat from infected animals.

Though the study could not find evidence in the literature on the survival of the monkeypox virus in food, data from studies on other Poxviridae viruses suggested that viruses can survive in different types of food even under refrigeration (at 4 °C).

Food exposure assessment from studies involving other Poxviridae viruses revealed that insufficient heat treatment or incomplete cooking of contaminated food, or the reintroduction of the virus into cooked food by an infected handler, could expose the consumer to the virus through the cutaneous or oral routes.

Cleaning and disinfection of utensils and premises using recommended concentrations and application time were seen to be effective against the monkeypox virus. The authors recommended using high heat (greater than 60 °C) and ultraviolet disinfection methods to clean utensils and clothes that might have been used in preparing and handling food.

Furthermore, the study reported no evidence of digestive tropism of the monkeypox virus or the infection through mucocutaneous contact with food. However, the authors believe that the possibility of oral transmission of monkeypox through food cannot be completely ruled out.

Overall, the results reported no significant association between monkeypox virus transmission and the consumption of contaminated food. However, good hygiene practices, isolation measures, adequate cooking time, and effective heat treatments should be practiced in situations involving individuals with confirmed monkeypox.

There's even more reason to think a vaccine developed against smallpox can help the body fight against mpox (monkeypox virus...