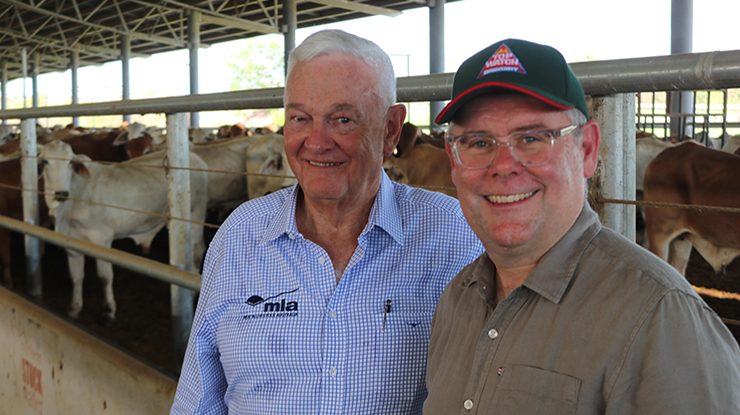 An Australian-first plan to defend the cattle industry against lumpy skin disease (LSD) was launched in Darwin on 13 October 2022.

Minister for Agriculture, Fisheries and Forestry, Murray Watt outlined eight objectives as part of the National Lumpy Skin Disease Action Plan when he met with representatives from the cattle industry in Darwin, including MLA Chair Alan Beckett (pictured above).

The Action Plan includes improving surveillance for the disease and increasing the focus on lumpy skin within the region. The eight objectives include:

Twenty-seven activities have been outlined to address the above objectives and improve Australia’s preparedness for a potential incursion of LSD.

The Action Plan was developed with extensive consultation between Australian government, state and territory governments, industry groups and non-governmental stakeholders.

/Public Release. This material from the originating organization/author(s) may be of a point-in-time nature, edited for clarity, style and length. The views and opinions expressed are those of the author(s).View in full here.
ShareTweetPin

My Bi Husband Secretly Got the Monkeypox Vaccine—Is He Cheating?